So after a grueling eight weeks of preparation last weekend I am thrilled to announce that I laced up my running shoes and headed to Manchester to take part in the Great Manchester Run 2016.

This was my first long distance race that I have ever partaken in. So naturally, it makes sense for me to give you a little bit of background.

I can’t stress enough that I am by no means a runner. I never have been. I enjoyed, and was good at sprinting back in my school days, but even throughout my ongoing love affair with the gym I have never entertained the thought of doing any more cardio than is absolutely necessary – mainly a brief ten minute cool down jog at the end of my weights workout, or the occasional HIT session on the treadmill.

So naturally, the prospect of running for an entire hour or more absolutely terrified me. When I started training I was able to run 5k (at a push). I can remember feelings of tangible fear when I signed up – however with a combination of hard work and consistent training I completed the race in 1hr 2 minutes! 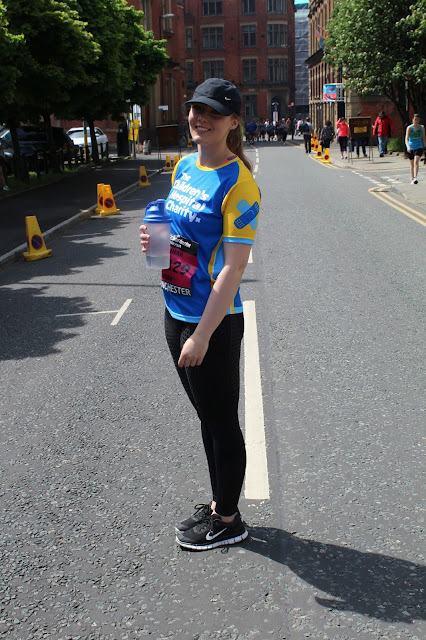 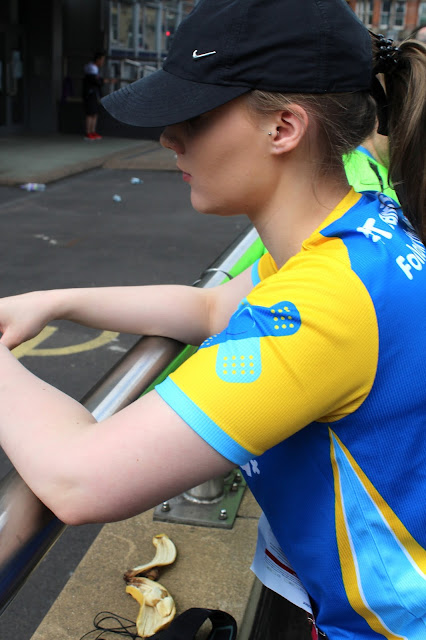 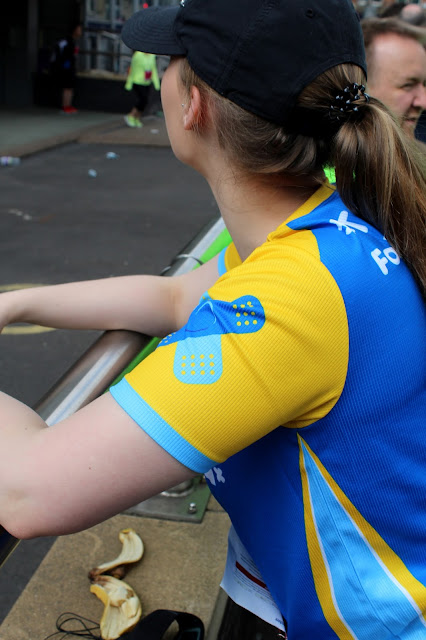 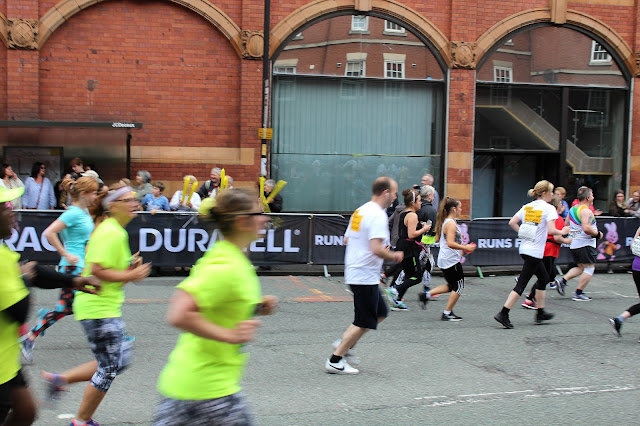 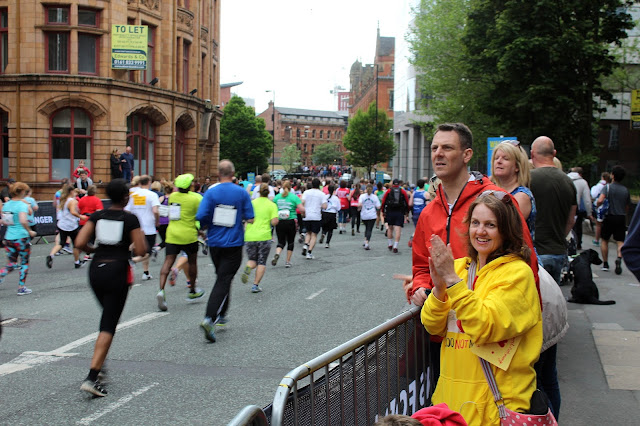 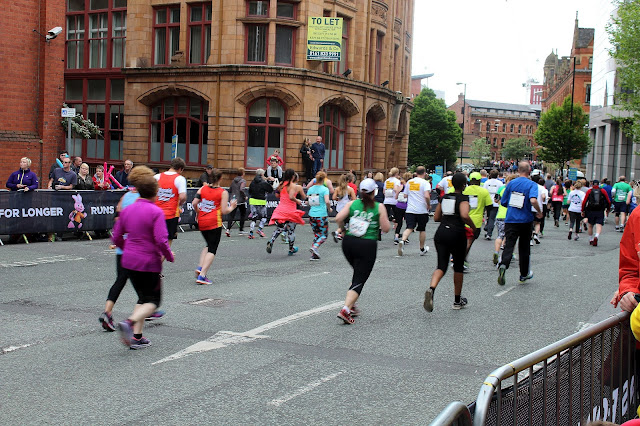 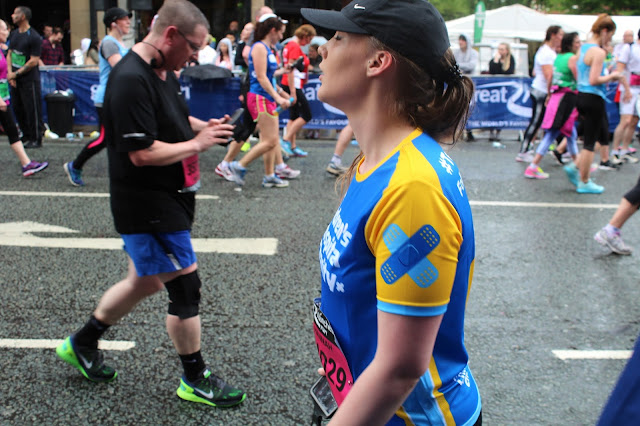 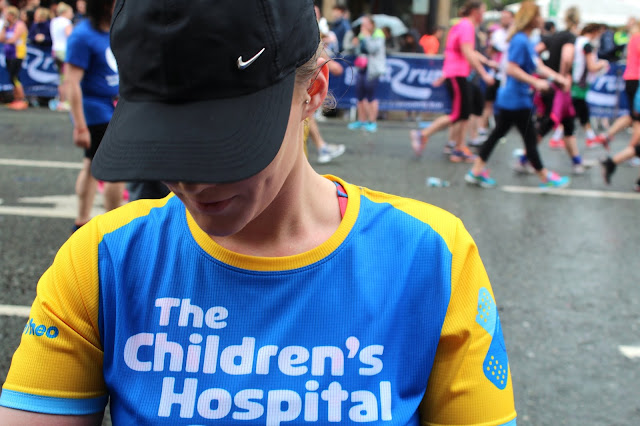 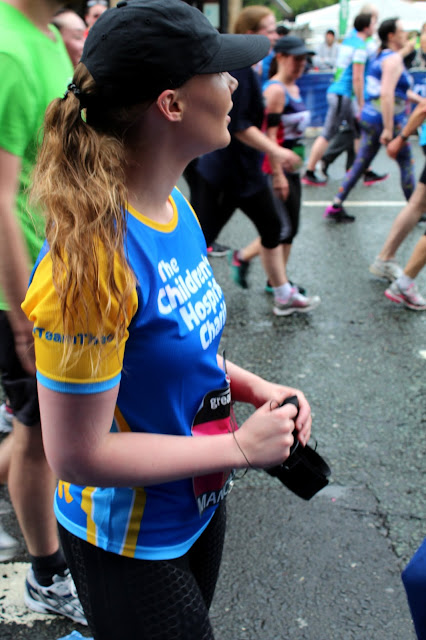 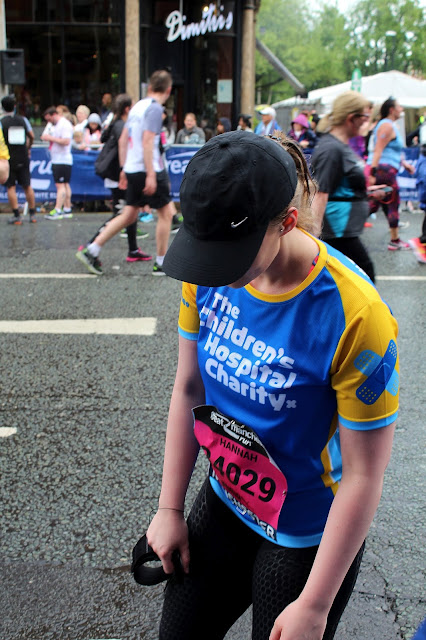 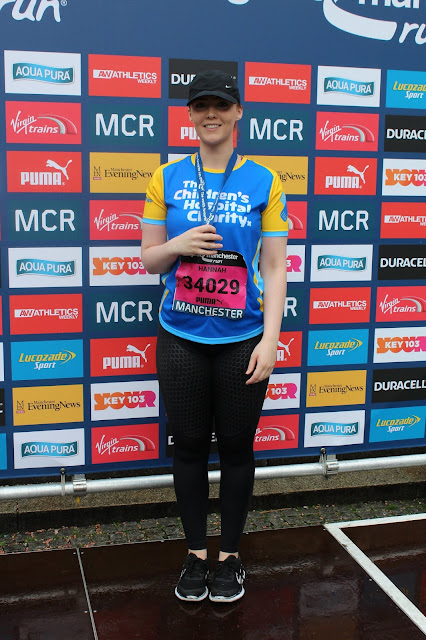 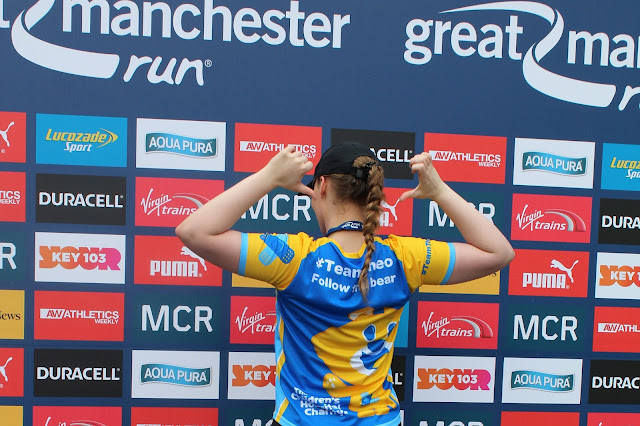 It absolutely poured it down with rain on the day (as you can probably tell from the before and after photos) but I honestly had the most amazing time. The atmosphere was electric and I didn’t feel at all intimidated by the hordes of more experienced runners. In fact, I would really advise anyone who is thinking of starting up running to go for it – from my experiences so far the running community is so inclusive, and full of people who are either running for incredible causes or to better themselves through exercise.

The thing that touched me the most was seeing numerous people running whilst pushing friends/family members who are physically disabled in wheelchairs. It was truly inspiring and motivating to me, as blessed as I am to be of able body, to keep going even when the going got tough around 7k.

Now speaking of incredible causes, I’m sure many of you will know that I didn’t just run my race as a challenge to myself, I ran it for the Sheffield Children’s Hospital Charity as well. I was so proud to put on my #TeamTheo shirt and bring an important part of Sheffield to Manchester that day.

I managed to raise £260 thanks to the generosity of my family, friends and even some strangers. For that I cannot thank you all enough. Anyone who wishes to sponsor me still can by following the link to my JustGiving fundraising page.

Less than a week on, I have (rather impulsively) decided to take on another challenge. As such I shall now be running the Manchester Half Marathon in October. They say once you start you catch “the bug” … well let’s consider the bug well and truly caught!

I am equally as petrified as I was before but I’m taking the next five months to train at a slightly more relaxed pace. That being said, I’m so excited to have a new goal to work towards. I honestly believe that if I can do it, anyone can!

That’s me caught up, for now.