It’s 3am, I’m completely exhausted and my throat is sore from cheering. But I have to say that I felt utterly compelled to sit down and tell you all about the wondrous night I just had.

Tonight I spent an evening unlike no other. It was the roaring 20s… prohibition was in full swing, the music was blaring and there was excitement in the air.

For we were not just at any party… we were at a Gatsby party.

Through scene after scene we were taken through Scott Fitzgerald’s classic love story. We were truly immersed and involved, from passing notes between Jay and Daisy to being taught how to charleston by the charming lady herself.

This was the single most incredible piece of escapism I have ever been involved in. I came away inspired that a theatre performance could evoke such strong feelings in me. What a night! 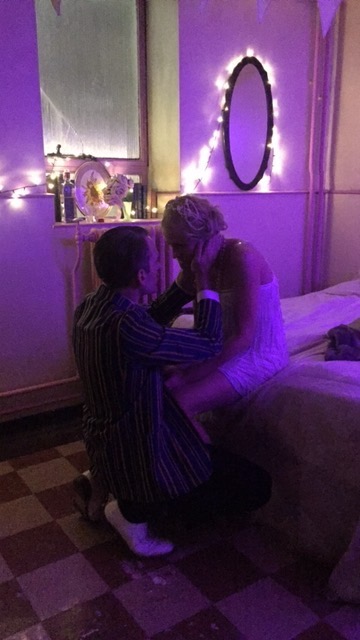 If this sounds like your cup of tea, hell even if you’re on the fence about it what I urge you is this – GO. It’s only on for two more weeks, so make the most of this wonderful show whilst you still can.

It was one of the best £15s I have ever spent in my life! I would go tomorrow if I could (any takers, eh?!) and due to the unpredictable nature of immersive theatre, I’m sure no two shows would ever be the same.

I want to say thank you to the Moor Theatre Delicatessen and all the actors and actresses for what was one of the most memorable nights of my 2016. To say you all well and truly nailed it was an understatement. This was the first Theatre Deli show I’ve been to, and you’ve made sure it certainly won’t be the last.

I guess you guys as readers are used to reading reviews on here that have been initiated specifically by a company seeking my opinion. This one, however, has been completely spontaneous so that in itself should speak volumes.