Last Friday, on the centenary commemoration of the Battle of the Somme, I feel both proud and privileged to say that I was involved in a UK wide project that paid tribute to the brave men who lost their lives fighting for a future they would never see. 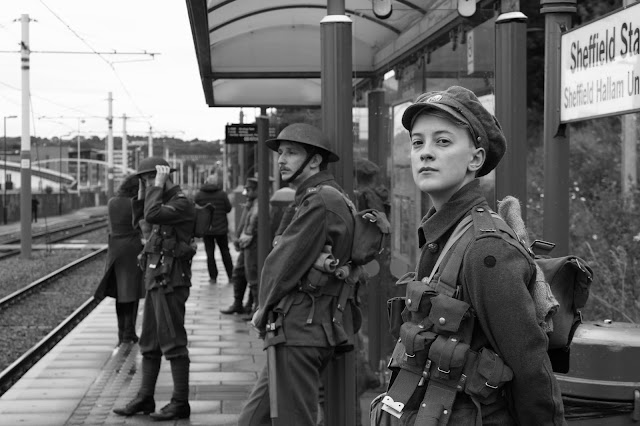 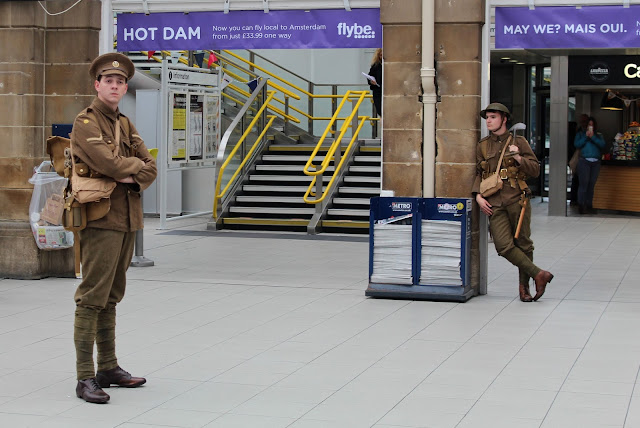 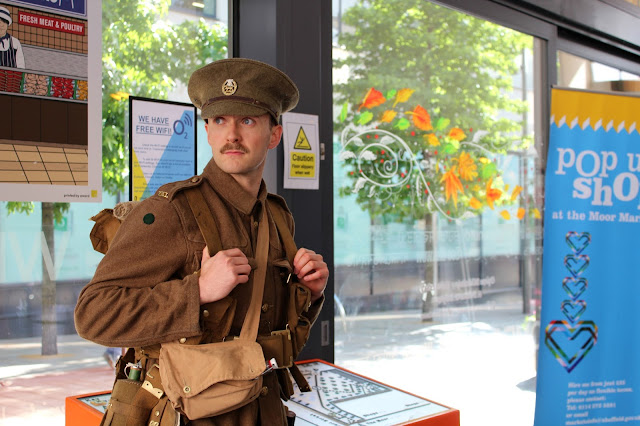 In cities all throughout the UK, 1400 men dressed as soldiers appeared, at first in stations and then travelling around the city or town by foot. When queried by passers by the would not speak, but hand out a card like this. 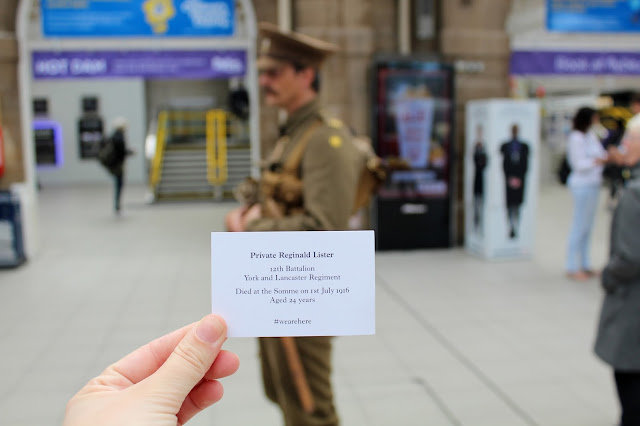 The actors represented some of the 19,340 soldiers who lost their lives during the first day of the battle. On occasion, they would stop to sing “We’re here because we’re here” to the tune of Auld Lang Syne. 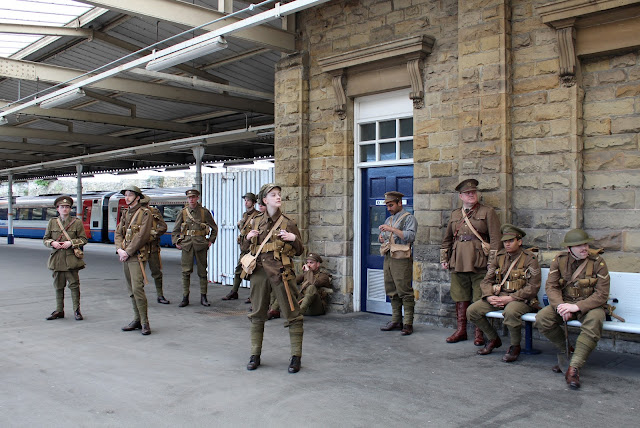 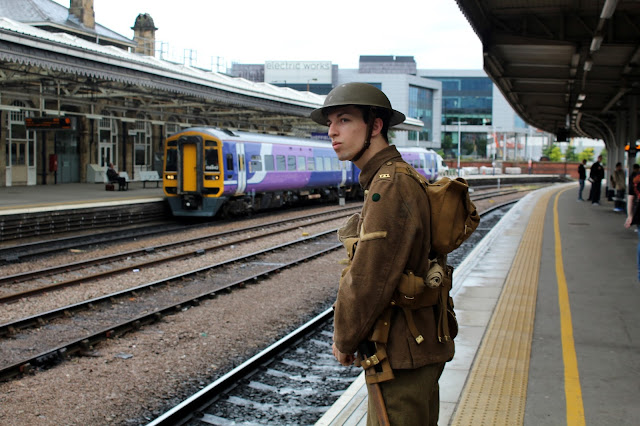 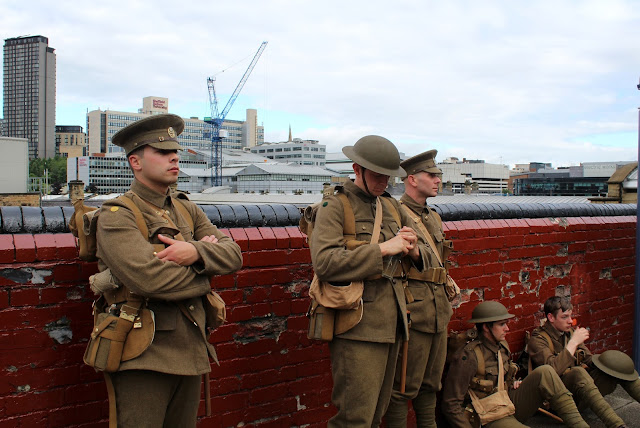 It was a hauntingly beautiful project that received thousands of positive responses via social media. People could really connect with it – one commuted tweeted “When you get handed one of these on your way to work it really puts your worries into perspective #wearehere” 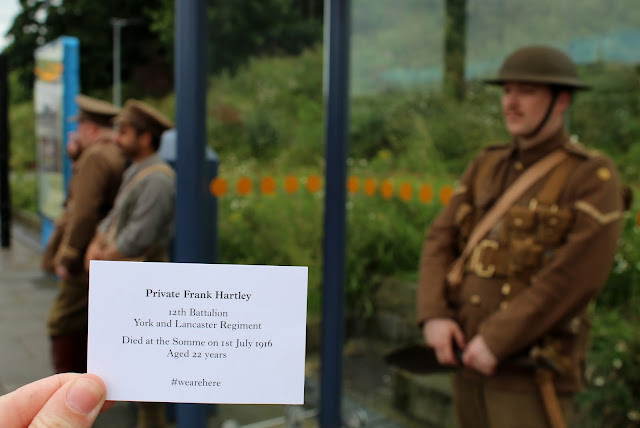 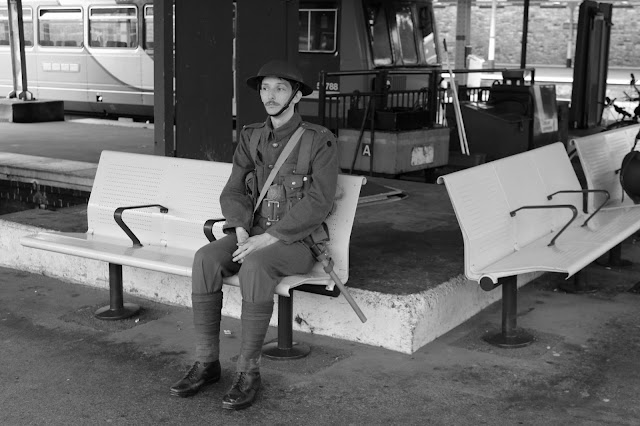 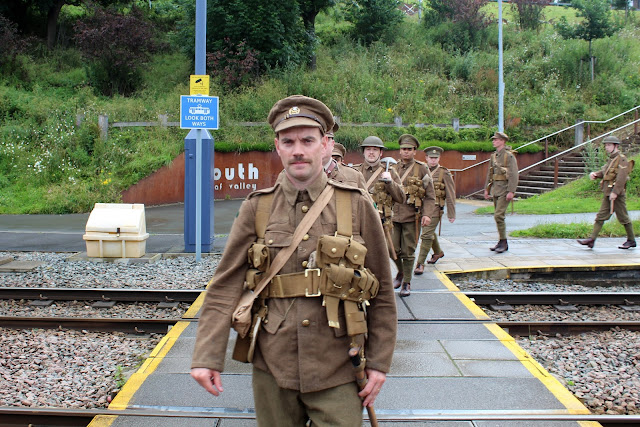 Nowadays in this country we lead extremely cushy lives in comparison. There are rarely wars, and when there are we are never asked to fight except out of choice. A sacrifice that we can barely even begin to comprehend was a fact of life for these men –  sons, brothers, husbands, fathers. Many, aged so very young, gallantly marched off to a war and never came home… at least, not until now. 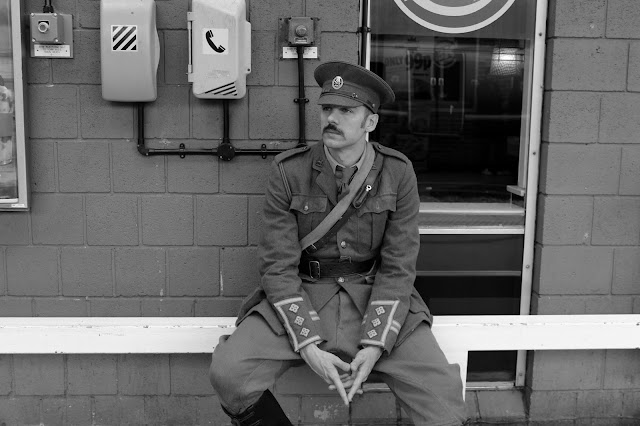 “At the going down of the sun and in the morning, we will remember them.” 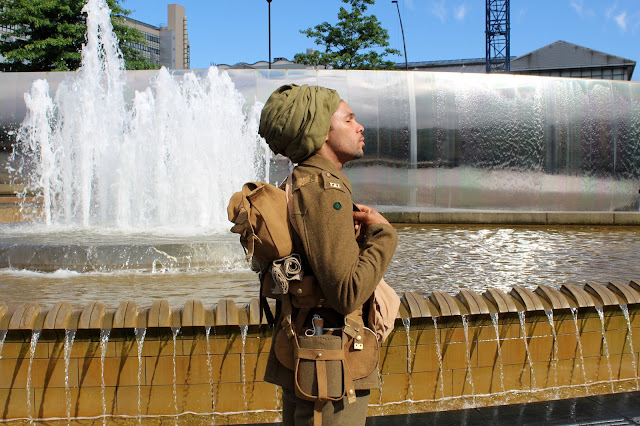 The event was organised by 14-18, an organisation who commission artists to commemorate the centenary battles during World War One. This particular project was the brain child of artists Jeremy Deller and Rufus Morris, Artistic Director of the Royal National Theatre. Together, they worked with 27 theatres around the UK to deliver the project which was top secret until the day of the event. 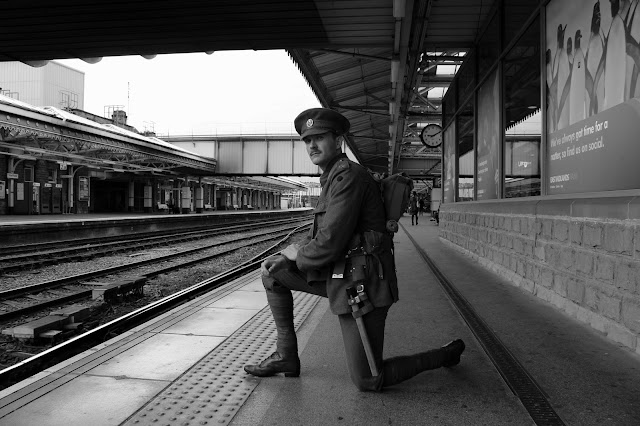 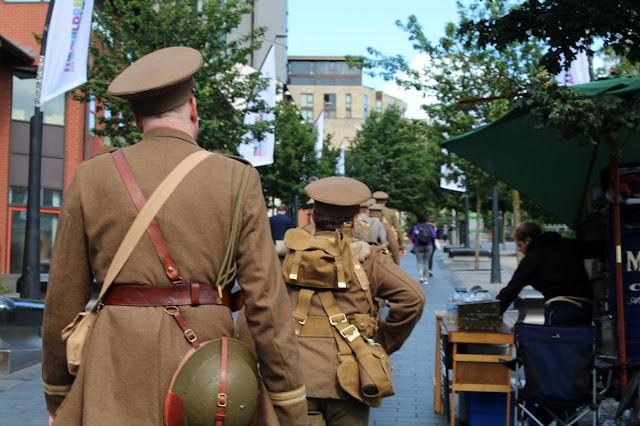 Jeremy said: “I wanted to make a contemporary memorial to mark the centenary of the Battle of the Somme, one that moved around the UK with an unpredictability in which the participants took the work directly to the public.” 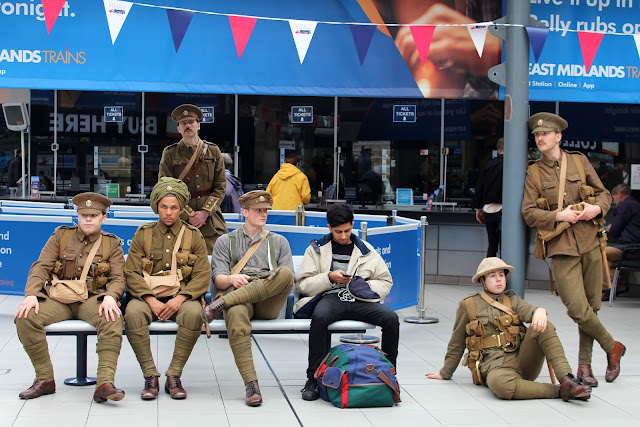 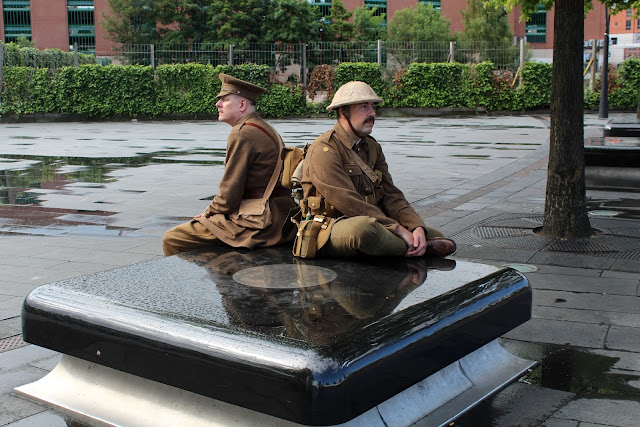 Did you see/hear of the soldiers? What are your thoughts? Be sure to leave your comments below. 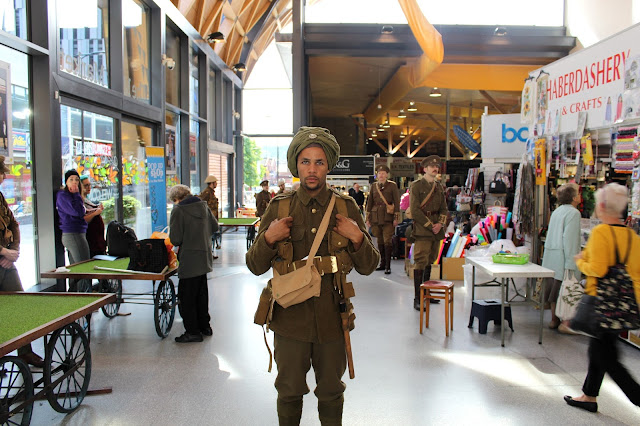 Until next time,
Hannah x