So a couple of weeks back me & my other half were SUPER excited.

Why, I telepathically hear you ask?

Well, because we’d bought tickets to go to a masquerade ball being held in aid of the Sheffield Children’s Hospital. That’s why.

I’ve never been to a masquerade ball before, and as someone who spent the best part of sixth form binge watching Gossip Girl the prospect was, naturally, incredible. I could not wait.

In typical womanly fashion, I spent a few nights stressing over finding a suitable evening gown. It’s something I have always struggled with, and I feel I am constantly working to make up for my hideous choices for prom and my leavers and graduation balls.

So many people have asked me where it from, and truthfully it was just a one off from a seller on Depop – it’s from one of these “celebrity style” boutiques online and cost me £20 (winning).

I couldn’t decide between wanting to wear black or red as it was a black tie event, but I’m so glad I went for colour. Black is classy and timeless, yet can be a little bit dull! 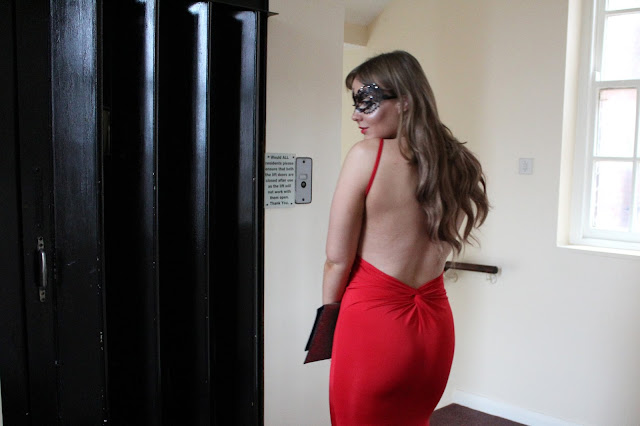 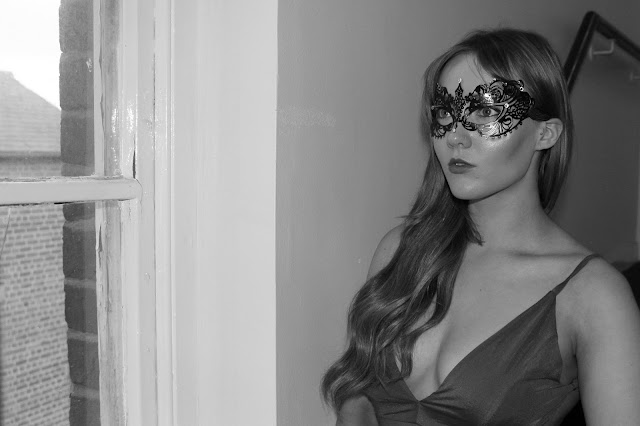 When Chaz first said he wanted to wear a white tux jacket, I won’t lie I was not keen. All I could think of was horrible 90s esq images of Gareth Gates in a white tux blazer and crew neck t shirt, but luckily he pulled it off (should I ever of doubted it?!)

I think a white tux can be a really hard thing to get right, but his was slightly off white and made from a really nice, thick material which didn’t make it look shiny or cheap like they so often can. 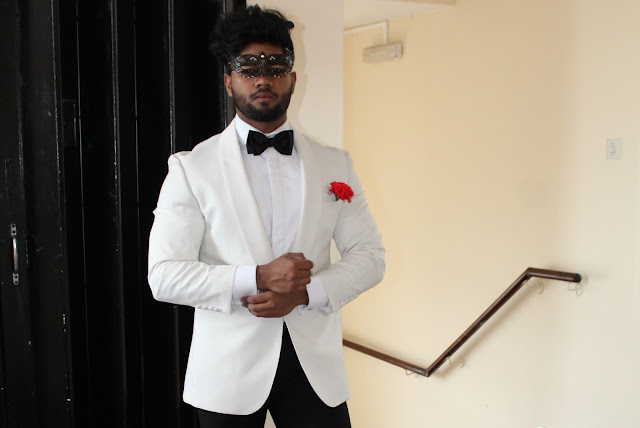 The venue for the event was changed last minute from the Mercure Hotel to the Grosvenor Casino. I was a little disappointed as I’d never been to the Mercure before, but the casino was a fitting venue for it nonetheless.

As it was quite a mid-size event we had a really good chance to meet some new people. What I’ve found out is that when someone who can talk for days gets into a relationship with someone who can do the same, you generally find yourselves making new friends everywhere you go!

We met Anthony Cunningham the organiser, who is absolutely lovely. I’d actually read about him and the work he’s done with his charity L.I.F.E before in the Sheffield Star so it was great to finally put a “real life” face to the name.

We actually arrived a little later so missed the silent auction, but even with the ticket sales alone I’m sure a sizable amount was raised for the Sheffield Children’s Hospital Charity which is great.

I actually did my own fundraising for them in May when I trained for, and ran my first ever Great Manchester Run. They’re certainly an extremely worthwhile cause and one I personally take pleasure in supporting as an old employee of the Communications Team at the hospital.

There was a table of nibbles, as well as an amazing magician who to this day has genuinely blown my mind with his tricks (as you can probably tell from the photo below).

All in all we both had a fantastic evening and met some wonderful new people – congrats to Anthony and the team at L.I.F.E for putting on such a great event. I certainly hope there’ll be a next time!

Until next time,
xoxo
Gossip Girl