A few weeks ago marked the biggest *pinch me” moment of my blogging career to date. Indeed, I was so excited about the opportunity I barely told a soul until a week or two before – just incase I jinxed it and something went wrong!

Thankfully nothing did go wrong and so on a cold Friday morning Kirstie from Sidekick PR, Sophie from One Ten Zero Seven, Daisy from Pretty Green Tea and I bundled into the car and headed just 40 minutes down’t road to Doncaster Sheffield Airport. The reason? To spend #24HoursInParis and prove just how much you can get done in one day.

I have so many photos and memories from this wonderful trip that I’ve decided to split the post into three – morning, afternoon and night. So we’ll start from the beginning … the arrival at the airport.

I’ve never actually traveled from Doncaster Sheffield Airport before – after this trip I was seriously wondering why! It’s so nearby, and despite it being busy despite our ungodly time of arrival, we walked straight through security. Before we knew it we were relaxing in the Premier Lounge, where we met Coral Keers from MODE for Luxury, our final accomplice for the adventure. 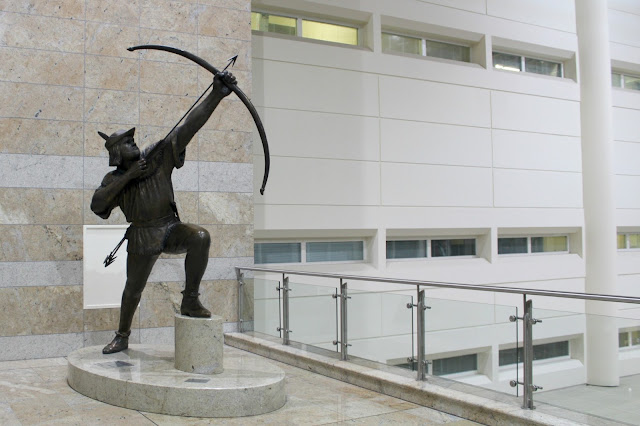 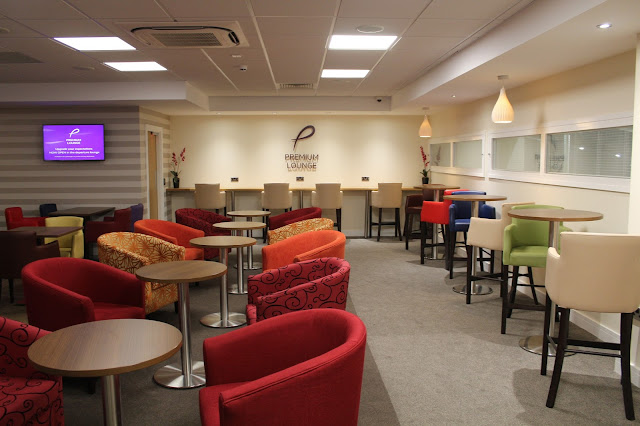 I have to admit, though I love traveling I hate the in-between that comes with flying. I feel the whole process always seems to take so long with all the waiting around. Because Doncaster Sheffield is a small airport, it seemed to take barely any time at all. This meant we could relax in the lounge with a bacon sandwich and cup of tea – always a winner with me!

We were served in the lounge by John, who I have to say was one of the loveliest, most attentive staff members I have ever come across. He really couldn’t do enough for us. In the lounge there are TVs and sofas alongside both alcohol and breakfast bars. If you’re not the most confident flyer it would be a great place to go to unwind before boarding – it’s a lovely, quiet and tranquil space. 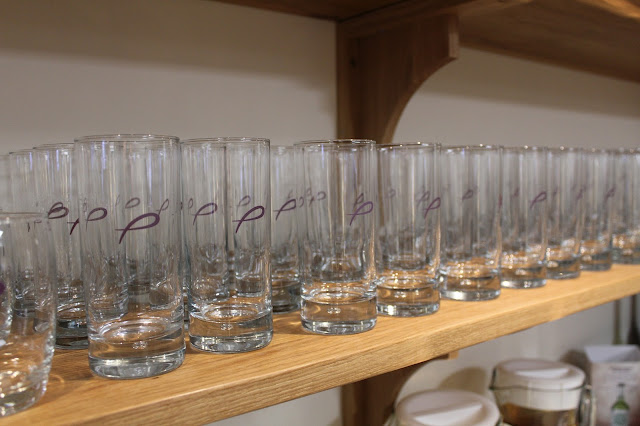 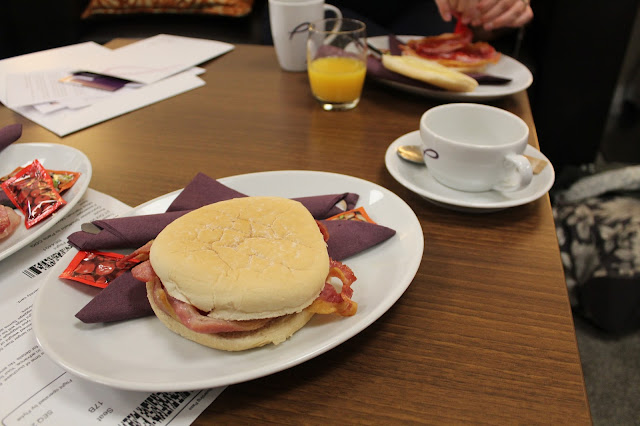 And we were off! We got the 6.50am flight to Paris CDG which took only around an hour and a half with Flybe. The seats were spacious and comfy, and we were offered a free coffee and croissant during the flight which I thought was a really nice touch by the airline.

If you were to book a return flight from Doncaster Sheffield Airport to Paris next Friday, for example, you could do so for £79 with Flybe – that really is an amazing price for such short notice. 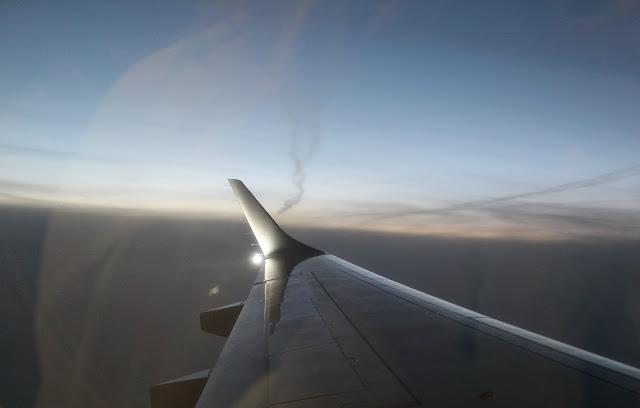 As soon as we arrived we hopped into our taxi straight to Hotel le 123 Sebastopol.

The hotel was incredible! It’s themed on “the golden years of cinema”, featuring starry red carpets to table legs made out of camera tripods. I suffered from some serious interior design envy, and that was before I even saw my room! There’s even a cinema on the bottom floor that shows films for guests’ entertainment. 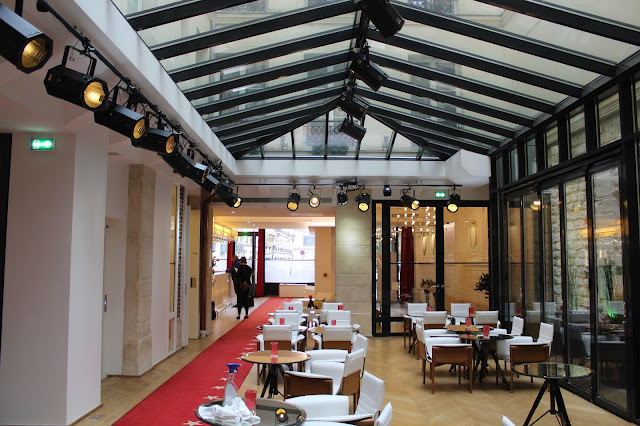 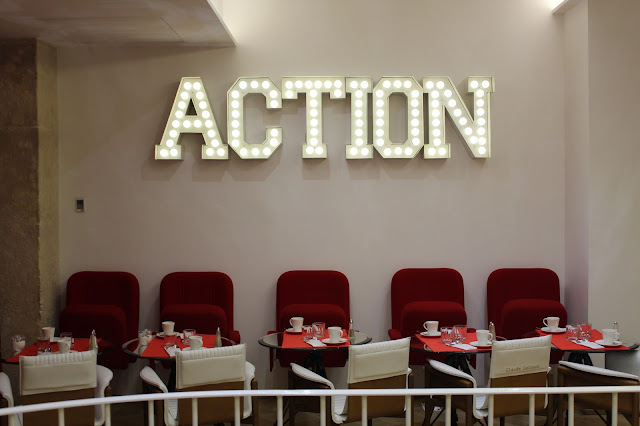 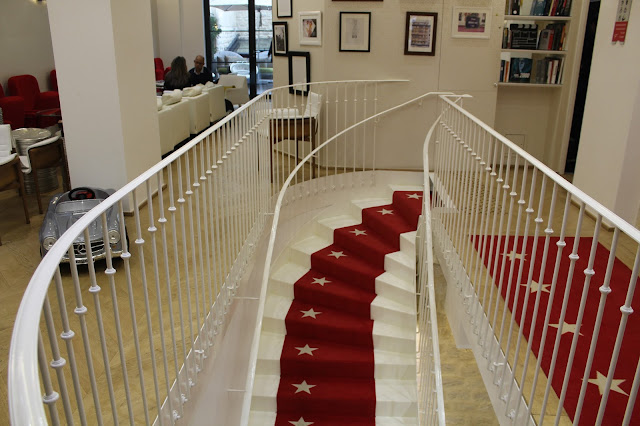 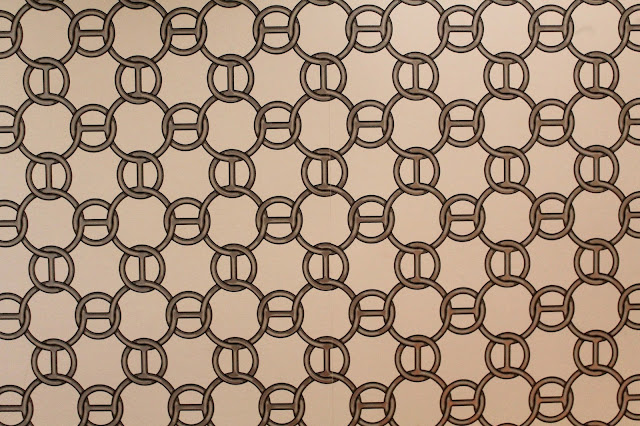 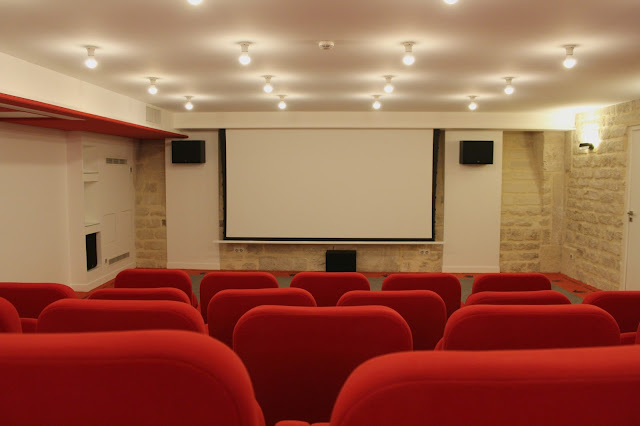 The rooms on each floor are themed differently. Daisy, Sophie and I were on the third floor so were greeted by these incredible monochrome rooms. Every detail had been considered down to a T, from the actor’s chair in the corner to the sink designed in a suitcase shape. There was even a traffic light in the corner. I’m not entirely sure why but… why not I guess?! 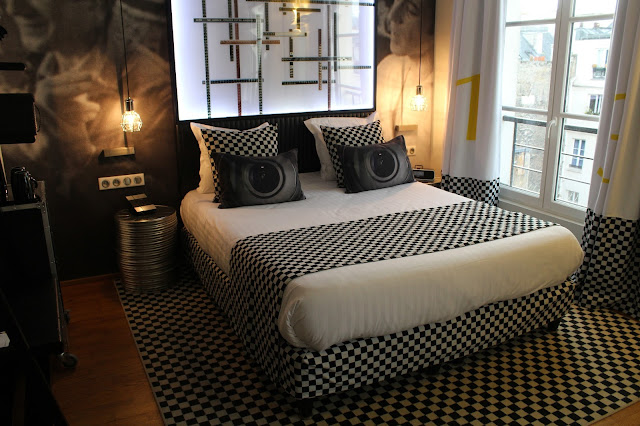 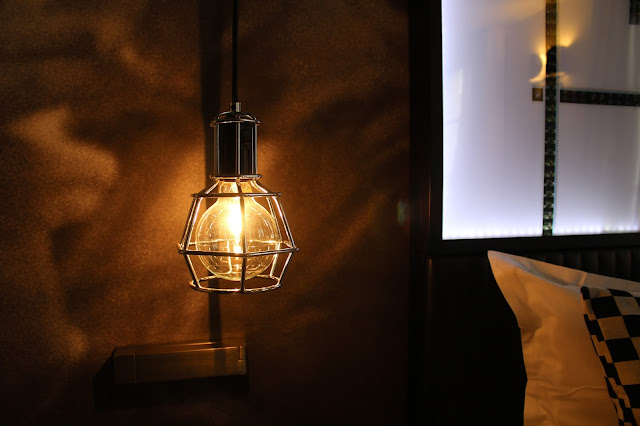 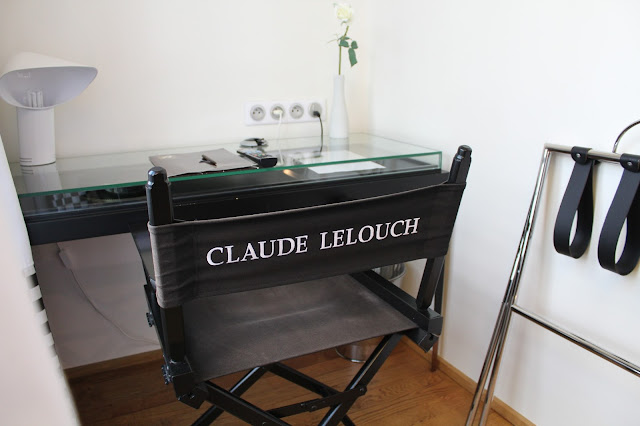 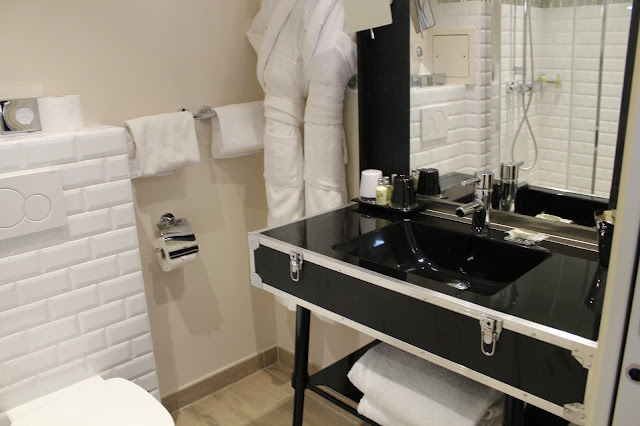 If you were to book a room at the hotel (4*) next Friday (we stayed on a Friday night) it would cost you around £184. Although it’s not the cheapest, you can stay there for less if you book further in advance.

Hotels in Paris are notoriously expensive, and so £184 between two people for a beautifully decorated, central hotel that also does a killer breakfast I believe is a decent price to pay if you’re not doing Paris on a tight budget. 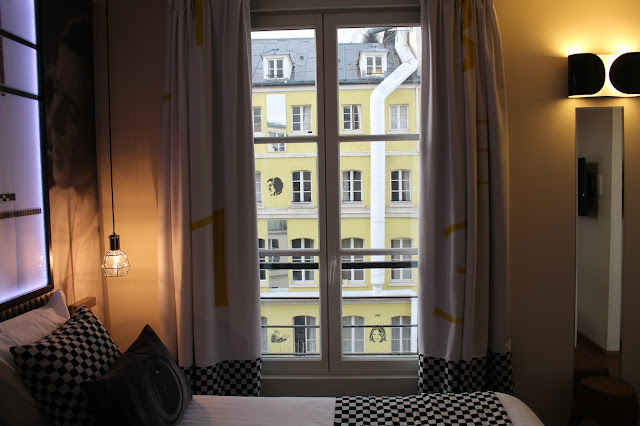 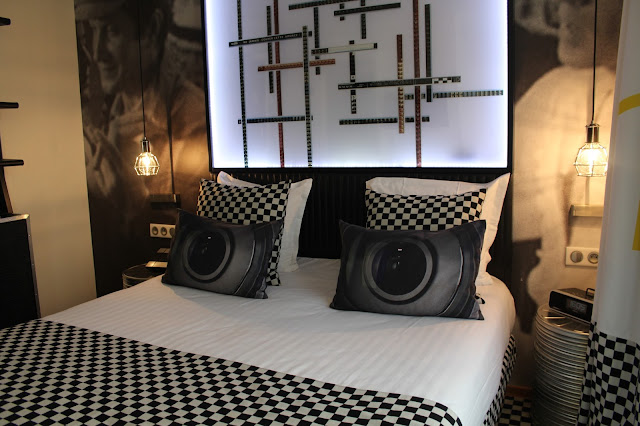 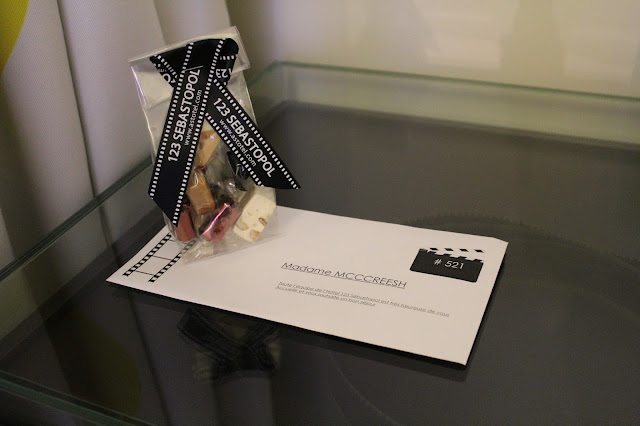 We dropped off our things and headed out to the river Seine. Why? All will be revealed in the next post…